In the second of our series of articles on Managing Data and eClinical solutions for Medical Device Companies, the CRFWEB team discuss the drivers toward EDC  with respect to:

ARTICLE 2 – THE BUSINESS CASE FOR EDC

June 2021 will see the 42nd anniversary of the birth of VisiCalc, the very first spreadsheet. The advent of the World Wide Web notwithstanding, it’s hard to think of any digital technology that’s had such a far-reaching impact as the venerable spreadsheet. Steve Jobs, no less, reportedly said that invention of VisiCalc was an “explosion that propelled the industry forward”.

Way before “There’s an App for that” became the cliché of our times, almost any business process could be (and was) modelled using the original Killer App. Spreadsheet jockeys would saddle-up eagerly whenever a manager mused “I wonder how we can….” An acquaintance once confided to me that as late as the mid-90s, treasury risk for a very famous and now very famously extinct global merchant bank was managed using nothing more sophisticated that a simple spreadsheet. Lotus, anyone?

No more about Moore’s Law…

In 1995 a Seagate 1Mb drive cost about $850. Today the cost of 1 Mb data storage is about $0.02.  In 1995, 0.18 petabytes per month were transmitted via the Web worldwide and in 2020 the figure was about 220 PB per month. There are plenty of other exponentially entertaining (for some), mindboggling facts that underscore the centrality of Big Data in a connected world. Data used to be a thing that was collected, tidied up manually, chewed over and tortured (processed) to provide a blurry understanding (or justification) about what had recently happened, and provide pointers about what might happen, soon(ish). Big Data is all about deeply understanding what is happening RIGHT NOW and what WILL (or can be made to) happen tomorrow, in Real Time.

Probably no one would deny that the use of spreadsheets to gather and interpret data is a methodology on the inevitable path to obsolescence, but old habits die hard; those grizzled old jockeys struggle to accept that what they should really be doing is learning how to drive that thing on four wheels that has just hummed passed them.  Of course, it will also need to be bought, too, and naturally, that’s where the interests of the die-hard equestrian and the cost-conscious business manager align. A compelling argument for the status quo can always be made based on cost, familiarity, and the ready availability of expertise but, as ever, it’s the opportunity cost of NOT making an inevitable transition NOW that should underpin decision-making.

All companies will have an optimal location on the Bleeding Edge to Late Adopter curve based on a complex matrix of internal and external considerations, but it’s not a fixed point. The need to migrate (usually) sooner rather than later to next generation technologies is the logical response to a changing environment.

We can all recite the roll call of those dead companies that did not heed the call to change, but we should all be quite sure, too, that they did not lack for good people who saw the writing on the wall. So why were the decision-makers not listening? Lack of vision – maybe, but more likely, cost concerns allied with a plausible alternative vision promoted by those with the fiercest commitment to the present won the day.   That meteorite in the sky? It’s not that big, and anyway it’s probably going to miss…

Does more have to mean less?

Parkinson’s Law states that “work expands so as to fill the time available for its completion”. The modern day version of this universal law would surely be “Data requirements will expand to fill the capacity for its collection and processing.”  MDR is the living embodiment of this principle. Quite simply, “more data, please” is the beating heart of the new regulatory regime. It’s clear that MDR will mean more pre and post market investigations, but, in many ways, the true impact will be the need for companies provide more detailed and structured post market surveillance on their products – indefinitely.  More data, please. Recent industry surveys have shown that manufacturers expect that implementing MDR will have a very significant impact on revenues with more than a third expecting a hit of 5 to 10%. More than 10% expect it to be much higher. So does gathering more data inevitably mean less profit? There may well be an unavoidable dip initially, as with any tightening of the regulatory environment, but, with the right systems in place, there is no reason to assume this will continue as a longer term financial burden.  Well managed companies across many sectors have always used regulatory change to their advantage and new players have often seized the opportunity of evolving regulatory landscapes to rapidly occupy new ecological niches at the expense of incumbent marker leaders. Tesla, anyone?

There’s no doubt that MDR is an inflection point. Not only does it demand far more data than that needed previously to gain and, importantly, maintain CE-marking for medical devices, it stipulates more sophisticated, more closely defined and better integrated QMS and risk management. Furthermore, the need to present and document SOPs and plans for post-market surveillance are far beyond those required under MDD. Most companies expect that the main burden of complying with MDR will be related to investigations and PMS.

There are longer term trends, though, that will continue to drive the need for product innovation which, in turn, will demand more rapid, effective and better-integrated data. Not least of these is the expectation that consumer cost of Med Tech will decline ever more rapidly in response to pressure from more aggressive government procurement, as global competition increases sharply over coming years, and as ever more products and underpinning technologies become off-patent.

Where Pharma goes, Med Tech is usually close behind

It’s always been useful to recognize that what pharma is doing today is a of indicator of what Med Tech will most likely be doing tomorrow. This has never been truer than now when the distinctions between these classes of medical interventions are becoming blurred at the borders as never before.  Where clinical trials are concerned, pharma is already in the early stages of a data revolution. When thinking about how MDR will impact on how trials are conducted, it also makes sense, then, to be also looking ahead to what the future opportunities and expectations are likely to be, too.

The use of wearable technology to track exercise taken, heart rates, blood sugar levels, sleep patterns, and much else has exploded in recent years. Although an individual’s health data can now be collected with their consent more easily than ever before, there remain complex issues around exactly how meaningful that consent is, and a regulatory minefield to be navigated  with respect to access and usage of that data, as anyone who has experience of EU GDPR will testify. Notwithstanding these hurdles, the potential for these technologies to completely transform how clinical trials data is gathered is huge. Some are already beginning to be used. Such technologies include:

Deploying these technologies can mean that huge amounts of data can be accessed continuously in real time from subjects, and this would mean a completely different approach to trial design and methodology. The benefits, though are clear:

The companies that can most rapidly and successfully leverage these benefits in their product life-cycles will clearly gain significant competitive advantage over those that drag their heels and rely too heavily on tried-and-tested methodologies.  It’s not beyond the bounds of possibility that the next few years could see many existing market leaders struggle to maintain their dominance whilst newer, more agile and Big Data-savvy companies come to the fore. DEC anyone?

“Down at the well they’ve got a new machine

The foreman says it cuts manpower by fifteen

“But that ain’t natural”, so old man Clay would say

He’s a horse-drawn man until his dying day”

Any company taking the challenge of MDR seriously, determined to meet the impact of wider, underlying business drivers and planning now for the coming data revolution for clinical trials would surely conclude that it’s time to retire the faithful old spreadsheet.  For those still determined to flog a few more years out of the old nag, here’s a summary of the key drawbacks:

1. Manual data entry is slow, prone to error and a significant obstacle to scaling up data capture

No real need to state the obvious, but it bears thinking about when considering how to adapt existing processes to a world in which very may more data points will be needed to achieve compliance. Research has show that over 80% of spreadsheets contain some form of error and most of these are due to manual data entry. Clearly, the potential for such errors only has a greater impact as the amount of data captured grows.

2. Inability to easily share a data view across an organisation

Unlike IS built for data sharing and collaboration, only one employee can update a spreadsheet at any given time. Version control is a perennial problem with spreadsheets, as is the ever present danger of format inconsistencies or simple errors in updating data –  or even correctly naming files.

3. Lack of integration with real-time data

Spreadsheets do not really integrate well with systems delivering real-time data which are now beginning to become widely available (consider the industry-wide trend toward BYOD). It’s often not easy to know if stats you’re viewing are up to date, and if you are dependent on manual entry, the time it takes for employees to manually enter data only compounds this problem.

4. Drawbacks in reporting and analysis

Spreadsheets are pretty good at storing static data but were not designed from the ground for the type of  in-depth analysis and reporting. The tools available are relatively rudimentary, time-consuming, overwhelmingly still manual and clunky. These issues can become a major headache for trials based on large data sets.

Clinical trials often have complex security needs. There may be multiple levels of authority that require different levels of access to information. With spreadsheet passwords, users can either access and update all information, or none at all.

How CRFWEB can help you

Many companies will need to re-engineer core business processes such as QMS, Risk Management and Documentation in order to be fully MDR-compliant. There will never be a better time to bite the bullet and migrate to an integrated EDC platform for all future clinical investigations as part of this systems overhaul.

Optimised for the Med Tech sector, CRFWEB will help your company capture data from trials more easily, efficiently and cost effectively. Of course, many in the EDC and wider eClinical sector can make similar claims, but we are confident that CRFWEB delivers all the key functionality you need in an agile and simple to use package…at a fraction of the cost of the big industry names.

Click here to arrange a Demo of the CRFWEB eClinical system

Paper to EDC: making the busin...

Other posts by chris hanney 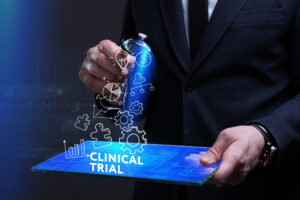 Paper to EDC: making the business case for the smaller MedTech SME 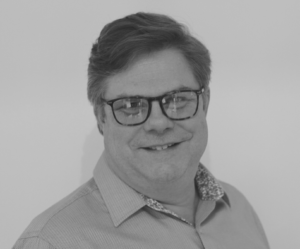 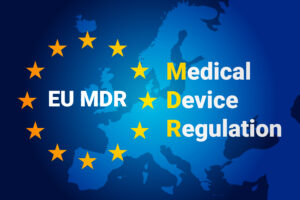